Trooping the Colour ceremony is held annually in a Saturday in June, typically to honor the  Queens birthday. While the Queen’s birthday is actually in April, it has become tradition to celebrate the sovereign’s birthday along with Trooping the Colour due to the better weather in June. This was started by King George II in 1748 who was born in November and didn’t want his subjects to catch a cold on behalf of his birthday celebration.

The ceremony includes more than 1,400 soliders, 200 horses, and a band of drummers and pipers 400 strong. Additionally, there is a 41-gun salute fired from Green park and the Tower of London. The ceremony concludes with an RAF flyover of Buckingham Palace while the queen and her family look out over the parade.

The Colours are a sign of a regiments’ spirit, as well as commemoration for fallen soldiers. To lose ones Colours is considered the greatest shame to suffer in battle. The act of Trooping the Colours is very old and is today mainly ceremonial. In the past, battalions would organize by company and the Colours would be marched throughout the ranks so that each soldier could see that Colours were still intact. Now when the ceremony is performed the queen walks among the ranks and inspects here troops.

Anyone wishing purchase tickets to the event is out of luck now, as they have been sold out for a while. However, one can still watch the proceedings from The Mall or on the edge of St James’s Park. The festivities begin around 9:15 and conclude at 1pm with the flyover by the Royal Airforce. The event is also broadcast on BBC in the UK.

Trooping the Colour is a magnificent ceremony and a great display of military discipline and excellence. If you are looking for an exciting way to spend your Saturday morning, then this is it! 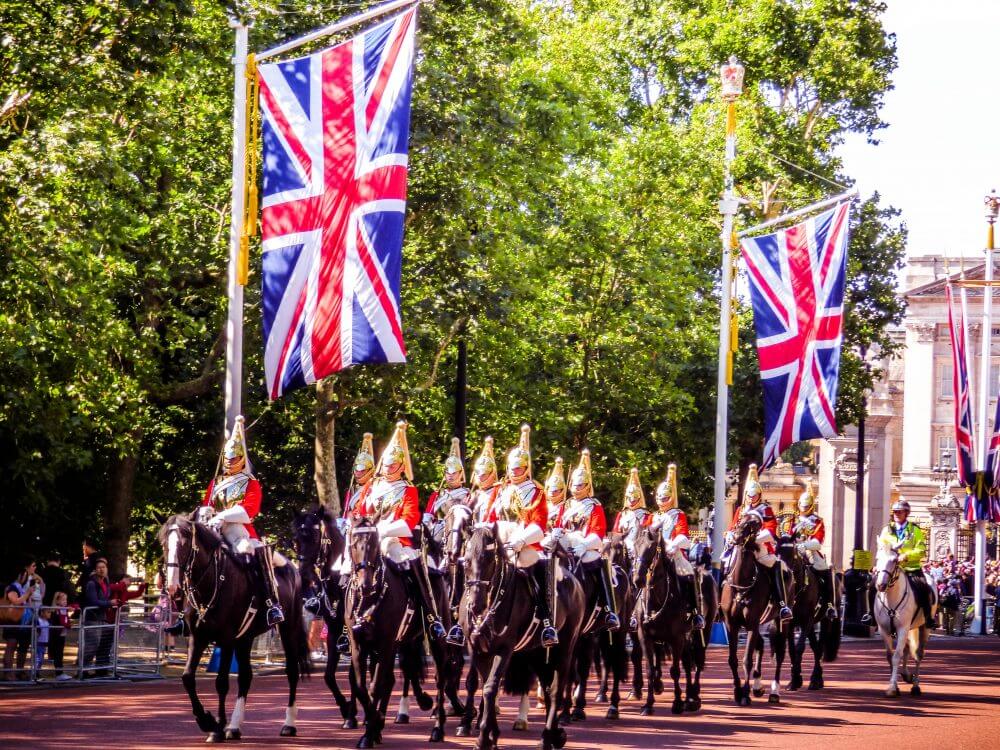